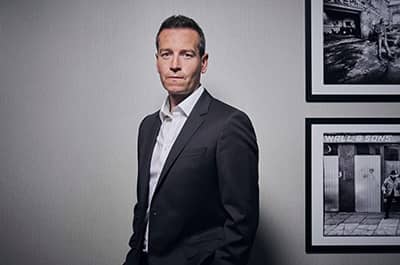 London, England, June 29, 2021 — Markel Corporation (NYSE: MKL) announced today that Simon Wilson will become the next President of Markel International, a wholly-owned subsidiary. He will succeed William Stovin who has led the Markel International division since 2008. The transition is part of a planned succession that will fully take effect no later than January 1, 2022, pending regulatory approval.

Stovin joined Markel as part of the acquisition of Terra Nova Holdings, Ltd. in 2000. The deal was part of a long-term strategy to expand Markel’s footprint beyond North America to become a global player in specialty insurance. Toward that end, Stovin played a leading role in helping Markel expand to more than 60 insurance offices in 16 different countries. Under Stovin’s leadership, gross written premiums profitably increased at a compound annual growth rate of roughly seven percent—more than doubling the size of the division.

“Markel is a truly remarkable company, and having the opportunity to help expand it to new frontiers has been a great honour. I will always admire this organisation, and I know that Markel International will be in great hands under Simon’s leadership,” Stovin said.

Robert Cox, President and Chief Operating Officer of Insurance Operations for Markel, commented, “Our global expansion was one of the most important decisions in Markel’s history, and William deserves significant credit for making it a success. His disciplined approach to profitably growing our wholesale business while also establishing and expanding our international retail operations has laid the foundation for tremendous growth in the future, and I’m confident that Simon will leverage this foundation to successfully lead our international operations in achieving our profitable growth goals.”

Wilson comes to the position with nearly 20 years of experience scaling the international operations of large specialty insurance organisations. He joined Markel in 2010 to spearhead international business development, and he was the primary architect of the National Markets division with operations in Europe and Canada, which profitably grew from $121 million to $402 million in annual gross written premium over the last decade. Wilson currently serves as the Managing Executive of Global Strategy for Markel. Prior to joining Markel, he led the Lloyd’s Asia platform in Singapore.

“I’m honoured to have been selected for this role, and look forward to building upon William’s legacy. Markel seeks to be a leader in each of our pursuits, and our 90-year history has proven that the best way to do this is through deep expertise and exceptional service. Our commitment to understand our customers’ needs while exceeding their expectations will continue to be at the forefront of our minds as we further scale our international operations,” Wilson said.

Wilson will report to Cox and work from the London office. Stovin will remain with the company in an advisory capacity into next year.

About Markel
Markel Corporation is a diverse financial holding company serving a variety of niche markets. The company’s principal business markets and underwrites specialty insurance products. In each of the Company’s businesses, it seeks to provide quality products and excellent customer service so that it can be a market leader. The financial goals of the company are to earn consistent underwriting and operating profits and superior investment returns to build shareholder value. Markel® is a registered trademark of the Markel Corporation. Visit Markel on the web here.